GET IN TOUCH NOW! 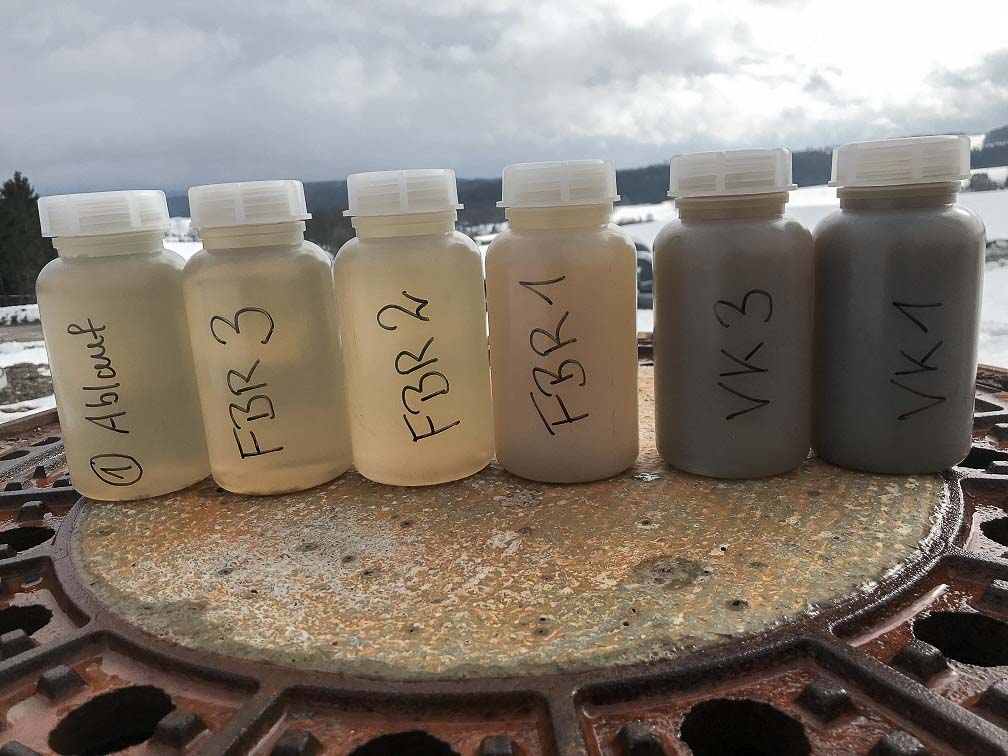 Slurry is a fertiliser produced from the faeces and urine of farm animals. The farmer differentiates between thick and thin slurry, depending on the bedding added. Slurry is valuable as a fertiliser. It contains:

By using slurry, farmers can often do without synthetic fertiliser. However, in areas with intensive livestock farming, too much slurry is produced. This turns slurry into waste, and in many cases the respective counties have not yet sufficiently regulated the disposal and recycling procedures.

If farmers spread their slurry excessively and outside the growing season, there is a risk of contaminating the groundwater near the surface with nitrate. Fine dust is also formed by slurry.

Most slurry is produced by pigs and cattle. The nutrient salt content of the slurry depends on the animal, its feeding and the duration and type of storage. The dry matter content of pig slurry is about seven percent. Pig slurry contains: 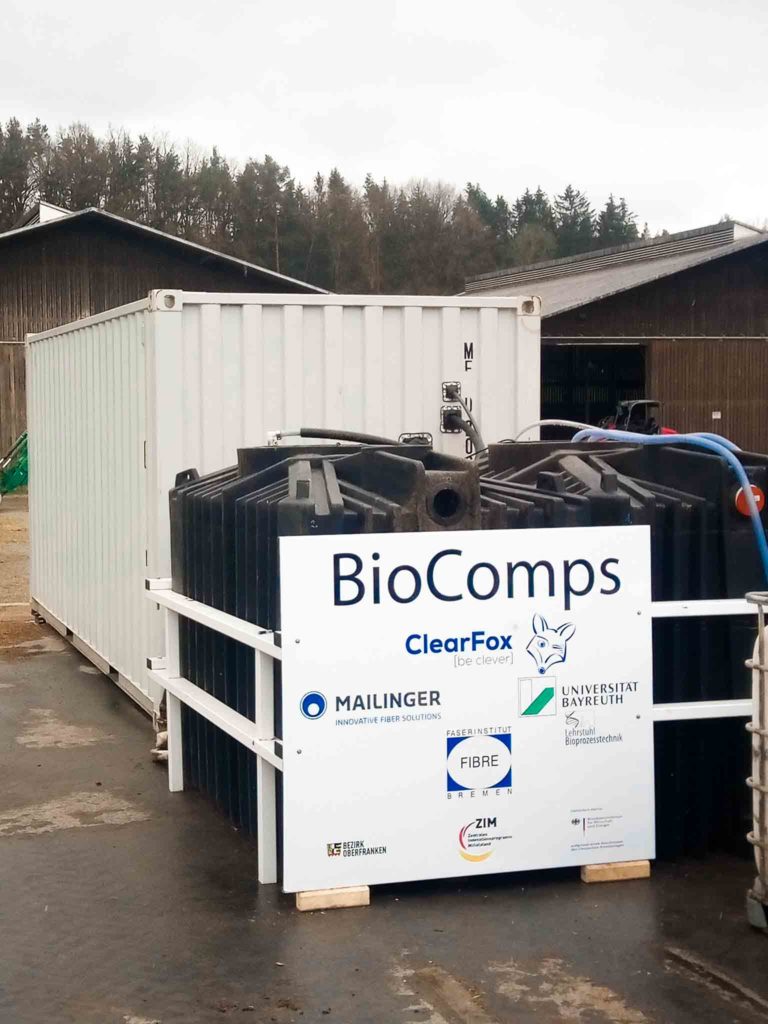 On the picture you can see the BioComps pilot project.

The smell of slurry is caused by ammonia, hydrogen sulphide and methane gas. In addition, odourless, highly toxic carbon dioxide is produced. The intensity of the odour depends on the composition and pH value of the slurry.

Likewise, the weather plays a major role in the odour nuisance, on the one hand, and the method of spreading, on the other. Farmers spread the slurry on the fields in spring from 5 °C outside temperature. If the temperature rises, gases are produced, causing an odour nuisance from the fields. However, if the farmer spreads the slurry too early, there is a risk that the plants will not absorb the nutrients.

The agricultural rules for spreading slurry are clear:

In addition, the legislator prescribes blocking periods for the application of slurry:

Arable land: from the last harvest until 31 January of the following year.

Grassland: if sown by 15 May, a blocking period from 1 November to 31 January of the previous winter must be observed.

Fertilisation until 1 October is permitted for catch crops, field fodder winter rape and winter barley if sown by 15 September.

It is possible to postpone blocking periods, which makes sense in the case of frosty soils. It is possible to apply slurry on frozen soil. Frozen soils can largely be driven over with heavy machinery without damage. However, the plants do not need nutrients at this time.

In this case, farmers are required by law to use a nitrification inhibitor. This prevents nitrogen in the slurry from converting into nitrate nitrogen. 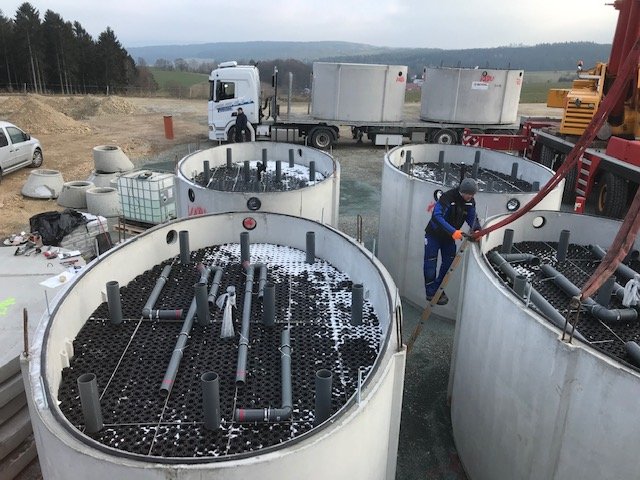 Farmers apply 20 – 30 m³ of slurry per hectare. Arable land receives manure once or twice a year, grassland three to five times a year. The amount of manure per animal is

This calculation shows that some farmers have too much slurry for their arable and meadow land due to their high livestock numbers. This is where slurry treatment by a ClearFox® slurry treatment plant comes into play.

Slurry is stored in pits, cisterns and silos. Special facilities make it possible to reduce certain substances to just one percent of their original value. This means that the amount of slurry to be spread per hectare can increase a hundredfold. This means that the required storage capacity can be greatly reduced and the expensive transport of slurry is no longer necessary.

The goal of slurry treatment is nutrient reduction. The slurry and digestate treatment system developed by ClearFox® is modular, installed in standard sea containers and pre-assembled ready for connection.

ClearFox® engineers developed the slurry and digestate clarification systems under various test runs in the in-house laboratory, adjusted and optimised them so that the treatment is energy-efficient.

This system consists of different technical components to achieve physical, chemical and biological treatment in the liquid phase.

First, the solids are mechanically separated in manure separators and thickeners. These solids then serve as valuable and low-odour fertiliser.

This is followed by flotation with physical-chemical treatment. Here, the farmer recovers valuable substances that he can reuse as fertiliser.

In the next treatment step, the plant breaks down the concentrated carbon with the high-load fixed-bed bioreactor installed in a container. A lamella filter is then used to separate the excess sludge. 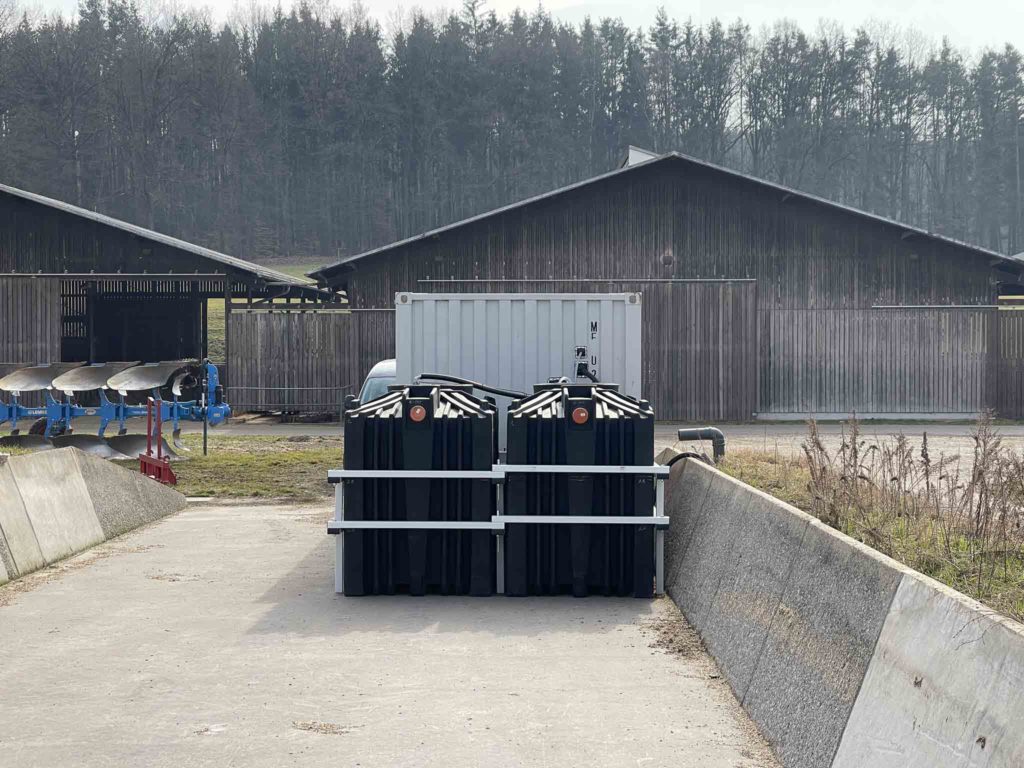 The plant achieves this climate neutrality only through fully biological decomposition, which is based on the processes in nature.

The entire slurry treatment plant runs fully automatically and is optimised for the respective waste water. This is analysed by the in-house PPU laboratory. The plant reduces the typical sum parameters (BOD5, COD, N, P, oTS) to such an extent that it can discharge the treated wastewater directly into receiving waters. Another option is to irrigate the treated wastewater.

Pre-treatment of slurry on site with the ClearFox® slurry treatment plant is a significant cost factor, as slurry transport is expensive. Depending on the region, farmers pay 15 – 25 €/m³. Storage in huge silos also costs money.

Without pre-treatment, storage is necessary because otherwise the nitrate contamination in the groundwater increases too much. In 2016, this led to a lawsuit by the European Commission against Germany before the ECJ, as some directives remained unachieved. In 2018, the judges closed the case, finding violations of the EU’s Nitrates Directive (Ref.: C-543/16). Thus, they are allowed to impose fines.

The Federal Environment Agency confirmed that the ECJ had found that the nitrate limit values had been exceeded. According to the EU Groundwater Directive 2006/118/EC, the limit value for groundwater is 50 mg/l; the German Groundwater Ordinance (GrwV) follows this value.

Farmers have to take countermeasures as of 37.5 mg/l. Following the ECJ ruling, Germany must now implement these measures to a greater extent in order to avoid fines from Brussels. The federal government is taking farmers to task. For this reason, the treatment of slurry in appropriate facilities is urgently required. 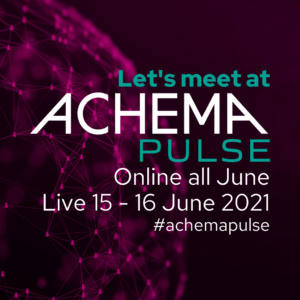 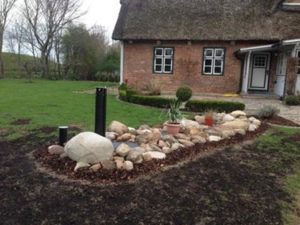